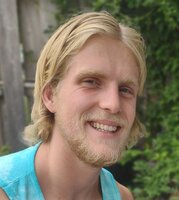 Grant Logan Lysell-Alkire, 21, of Lindsborg died Wednesday, December 21, 2022 at Lindsborg, KS. Grant was born July 24, 2001 in Salina. He is the son of Jeremy Alkire and Ericka Lysell. Grant was a graduate of Smoky Valley High School. He played football in middle school and high school, and was involved in various school activities. Grant was currently studying aerospace engineering at Kansas University. Grant was a member of Bethany Lutheran Church, Lindsborg. He was an active member of the Bethany Lutheran youth group. He was also a member of the National Honors Society and the Swedish Dancers. Survivors include his parents Jeremy Alkire and Ericka Lysell of Lindsborg; brother: Sawyer Lysell-Alkire of Lindsborg; grandparents: Mike and Colleen Alkire of Belleville, KS; Mark and Nancy Lysell of Lindsborg; and Denise and A.V. Romero of Olathe, KS; aunts and uncles: Margo Baylee, Tim, Betsy, Cameron, Marshall, Shannon, Bobbie, Nick, Janeane, and Ashley; cousins: Haven, Miette, Monroe, Zoee, Everett, Jarrett, and Nolan; as well as numerous other extended family members and friends. Grant was preceded in death by his great grandparents: Thyra, Maurice, and Milton; Margaret and Warren; Dorothy and Richard; and John and Lois. There will be visitation with the family from 5:00 p.m. to 8:00 p.m., Friday January 6 at American Legion Post #140, 524 E. State St., Lindsborg. A memorial service will be held 10:30 a.m. on Saturday, January 7 at Bethany Lutheran Church, 320 N. Main St., Lindsborg, KS with Pastor Chris Deines officiating. In lieu of flowers, memorials may be made to Grant's family, to be used in a fund that is being developed to help kids in the Smoky Valley. Memorials may be sent in care of Crick-Christians Funeral Home, 103 N. Washington, Lindsborg, KS 67456.