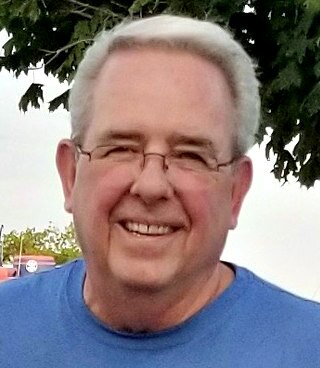 Ronald D. “Dale” Whetstone, 76, of Lindsborg passed away Thursday, June 30, 2022 at Lindsborg Community Hospital. Dale was born February 27, 1946 in Stafford, KS to the late Clyde Chester and the late Zeela Audrey (Hall) Whetstone. He married Kristine Swenson on August 10, 1968 at Messiah Lutheran Church, Lindsborg, KS. Dale was a United States Army veteran and fought in the Vietnam War. He worked as an aftermarket auto parts salesman. Dale was a member of Trinity United Methodist Church, the American Legion, and the VFW. Son, Uncle, Husband, Father, Grandfather, Friend, Christian R. Dale Whetstone lived most of his life in Lindsborg,KS. He married his childhood sweetheart, Kristine Swenson and they created quite a life together. Fifty-eight of his 76 years were spent with her. Together they had an active life with 2 girls and later 2 grandchildren. He enjoyed supporting his girls and grandchildren in sports, musical and other interests. Dale’s love for family was evident throughout his life. When he wasn’t working, or even when he was working, he was with his family. His girls “helped” dad with everything. He encouraged their interest in sports by playing with them and buying equipment for them to use; including a basketball goal, a few tennis racquets, and baseball gloves. Many people remember Dale’s warm smile and kindness, including friends who moved into Lindsborg. They also remember him being ornery, but not mean. If Dale was around, people were smiling and laughing. In retirement Dale worked with the summer lunch program at the Methodist Church in Lindsborg. He enjoyed making sure people were fed food that tasted good. He loved making sure the Blessing Box at the Methodist Church was well supplied for those in need. He also enjoyed being on the Planning and Zoning Committee for the City of Lindsborg. He was a solid Christian and showed that in his daily life. He is survived by his wife: Kristine, of the home; daughters: Alisa Jones of Lindsborg, KS and Rachel Whetstone (Mechelle Martinez) of Manhattan, KS; sister: Carol Reed of McPherson, KS; brother: Larry "Dean" Whetstone of Wichita, KS; grandchildren: Emily Jones and Trevor Jones; as well as numerous nieces, nephews, and extended family members. Dale is preceded in death by his parents and his sister: Dorothy Davis. A memorial service will be held 2:00 pm on Saturday, July 9 at Trinity United Methodist Church, 224 S. Main St., Lindsborg, KS with Pastor Dallas Peterson officiating. Private family inurnment will be held at Elmwood Cemetery. In lieu of flowers, memorials may be made to Trinity United Methodist Church, Tammy Walker Cancer Center, or to Lindsborg Community Hospital. Memorials may be sent in care of Crick-Christians Funeral Home, 103 N. Washington, Lindsborg, KS 67456.
Saturday
9
July

Share Your Memory of
Dale
Upload Your Memory View All Memories
Be the first to upload a memory!
Share A Memory
Send Flowers
Plant a Tree