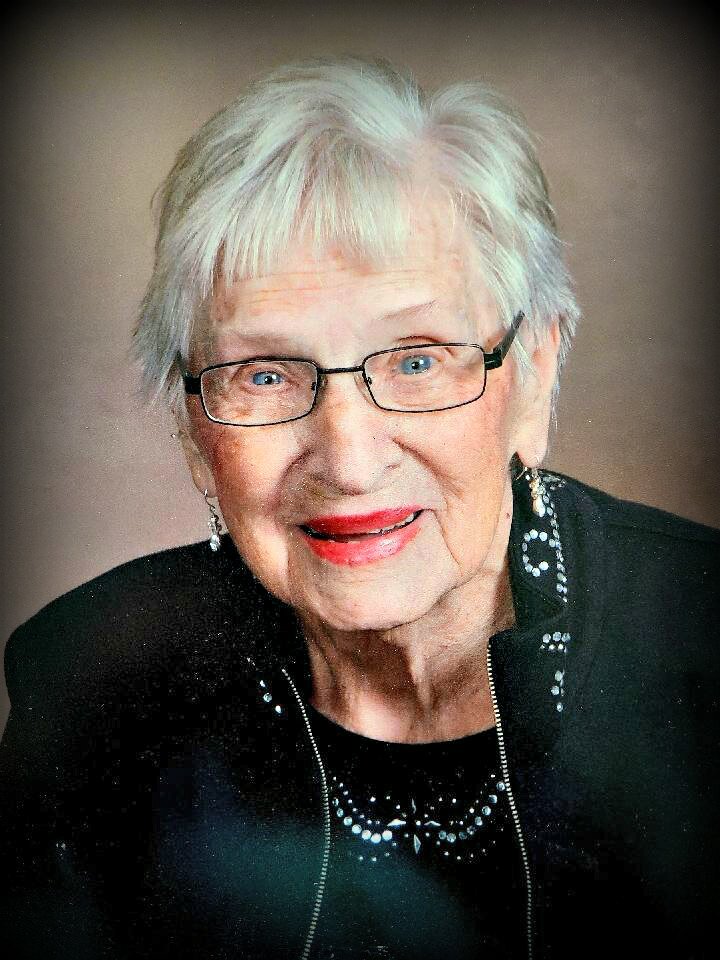 Please share a memory of Irene to include in a keepsake book for family and friends.
View Tribute Book
Margaret I. (Irene) Bengtson was born on August 31, 1917 in Oklahoma City, Oklahoma to the Rev. Aaron & Sigrid (Schorling) Segerhammar. The seventh of nine children, Irene spent her formative years in Kansas and Nebraska, including Burdick, Smolan and Omaha, before settling in Lindsborg in 1934. She graduated from Lindsborg High School in 1935 and Bethany College in Lindsborg in 1939. Irene was a country school teacher in both Saline and McPherson Counties for nearly 10 years. She rounded out her career at Lindsborg Elementary School, where she taught seventh and eighth grade English literature, history and science. Irene met the love of her life, Gilbert, at Luther League - a young adult church group - in 1947. Their courtship spanned over two years, including when Gilbert served his country during World War II. After he returned, the couple wed on June 10, 1949 - the day of her deceased parents’ wedding anniversary. Gilbert and Irene shared a love of sports, often attending college football and basketball games. The couple resided on the Bengtson family farm near Lindsborg for 37 years, where Gilbert farmed, and Irene played the role of farm wife and mother to their two sons, John and Don. After raising her family, Irene returned to her love of educating others by working for the USD 400 Central Office, followed by the Swedish Country Inn. She was active at Bethany Lutheran Church and in the Lindsborg community, including WELCA, WestSide Club, Lindsborg Hospital Auxiliary, the Retired Teachers Association, and the Historical Society. She served as the long-time secretary of the Oratorio Society and sang in Handel’s Messiah at Bethany College for more than 60 years. Later in life, Irene enjoyed having coffee with friends and family, baking, hosting family dinners, watching the Kansas City Royals (she witnessed both World Series wins in 1985 and 2015), sharing her Swedish heritage with family, and attending her grandsons’ athletic and musical events. Though she never owned a cell phone or had an email address, Irene recalled three important events in her early years: polio was eradicated, penicillin was discovered, and the television was invented. She witnessed 19 presidents in office and fondly recalls the first man landing on the moon. Many remember Irene’s sense of humor. Even on her 105th birthday, she joked, “What am I? 312?” She said the two things she regretted in life were that she never learned to swim or ride a bike. No matter how big of a meal she had, she always had room for ice cream. It is estimated that less than 1% of the world’s population lives past the age of 100. Known as a Centenarian, Irene was born when gasoline was 4 cents a gallon, a brand-new car cost $400, and the average wage was 22 cents an hour. At her 100th birthday celebration, Irene declared that her next goal in life was to make it to 105, and she did just that. She will be missed by all who were blessed to know her. Irene passed away peacefully on September 5, 2022. She was preceded in death by Gilbert, her husband of 41 years; her parents; eight siblings; and many family members and friends. She is survived by her two sons, John Bengtson and Don Bengtson (Kathey), both of Lindsborg, Kansas; her sister-in-law Bea Bengtson of Clarksville, Maryland; her four grandsons, Kenneth Bengtson of McPherson, Kansas, Brad Bengtson (Jessica) of McPherson, Kansas, Brian Bengtson of Lindsborg, Kansas, and Mark Bengtson (Courtney) of Wichita, Kansas; her 8 great grandchildren; one great-great-grandchild; and numerous nieces, nephews and extended family members - all whom she loved dearly. In lieu of flowers, the family requests contributions be made to Bethany Lutheran Church or to the Gustafson-Segerhammar Endowed Scholarship Fund at Bethany College. Memorials may be sent in care of Crick-Christians Funeral Home, 103 N. Washington, Lindsborg, Kansas 67456.
Monday
19
September

Share Your Memory of
Irene
Upload Your Memory View All Memories
Be the first to upload a memory!
Share A Memory
Send Flowers
Plant a Tree