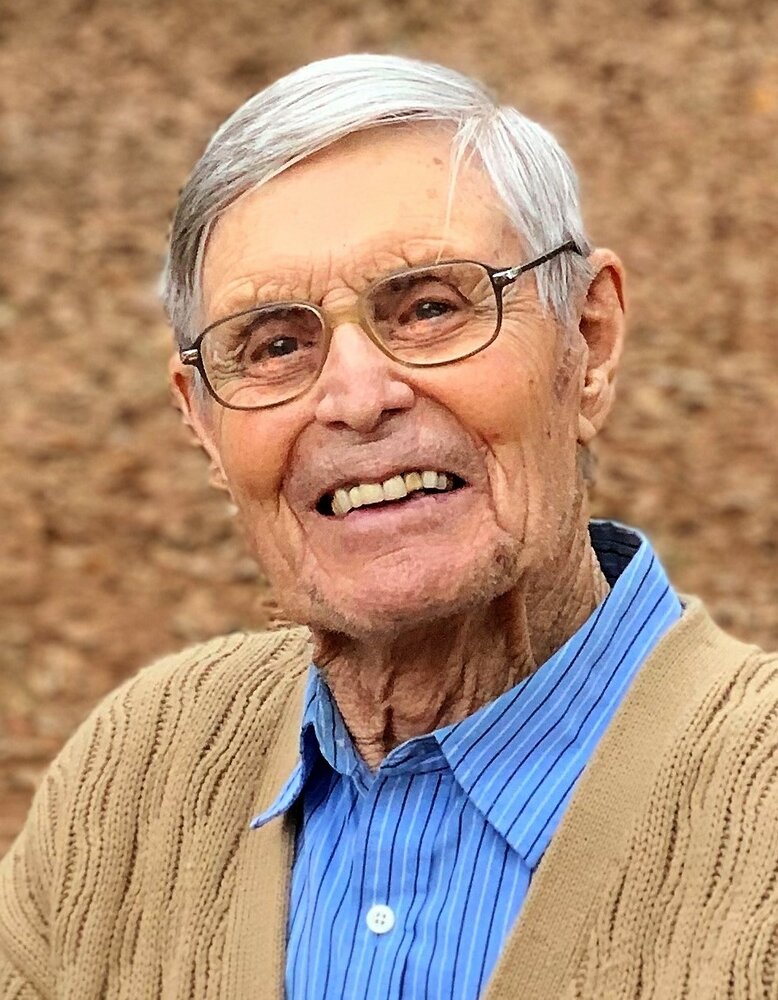 Please share a memory of John to include in a keepsake book for family and friends.
View Tribute Book
John Everett Christians, 95, of Lindsborg, KS passed away January 2, 2023. John was born on the family farm on October 11, 1927, to Chris W. and Stella (Parker) Christians. He grew up with his siblings, brothers, Albert, Clarence, Glenn, and Roy Christians; and sisters, Ella Jones, Edna Key, Laura Christians, and an infant sister, Cleo Christians, all of whom passed before him. He reflected on his childhood fondly, and the memories of time spent with his family growing up brought him great joy. In 1947, Anna Lou Reynolds moved to Beaver, KS and caught John’s eye. They were married August, 8, 1948, and resided on the farm until moving into Hoisington, where John was hired by Standard Oil. The union brought three children, Vivian Sexton (Bob), Alan Christians (Sabrina), and Brad Christians (Kathy). He farmed, worked for the railroad, and occasionally as a pumper in the oil fields while raising a family with Ann. He had discovered a love for music in High School while playing in the band, and many evenings were spent enjoying the Lawrence Welk Show, watching Fiddler on the Roof, or blowing on a horn in the farmhouse kitchen accompanied by a tub of black walnut ice cream. Eventually grandchildren arrived, Skyler Christians (Amanda), Shannon Christians (Alicia), Adam Christians (Rebecca), Emily Christians Miera (Rick), and Sarah Golubski (Bennett). John could be heard by any of the aforementioned to work hard, pay attention in school, and be good for your parents. He was genuine, kind, pure in heart, and in need of almost nothing more than to see happiness in his family’s lives. Ann passed away in December of 2007, and not too long after it was reluctantly time for him to give up going to the farm each day. He moved to Lindsborg to be closer to family, although his mind never left the wheat field. John had immense pride in his family, and would often comment on the backflips Ann would make if she had the opportunity to meet the young ones. We enjoyed his wit and stories, no matter how well we knew them already. During his final years he spent precious time surrounded by his family, and for the love and care that was provided for him we will be forever grateful. The family he leaves behind also includes his great-grandchildren; Avery, Hadley, Gage, Charlotte, Wendall, Eddy, Ira, and Sterling. A Funeral Service will be held at Crick-Christians Funeral Home, Wednesday, January 11, at 1pm, with the casket open for an hour prior to the service. John will then be laid to rest next to Ann at Hoisington City Cemetery.
Print
Wednesday
11
January

Look inside to read what others have shared
Family and friends are coming together online to create a special keepsake. Every memory left on the online obituary will be automatically included in this book.
View Tribute Book
Share A Memory
Send Flowers
Plant a Tree