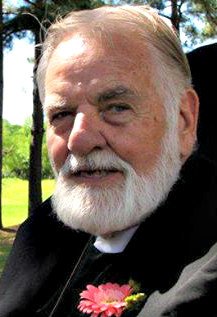 Irvin Harold Myers, son of Archie and Mae (Foster) Myers, was born September 17, 1930, in Downs, Kansas. He considered himself the luckiest man on earth when he married Lois White, his love of 69 years. He gives Lois much credit for his success. To this union were born three children, Deborrah, John and Rebekah.

Irvin was raised in a strong Christian home and accepted Jesus Christ as his Savior at the age of 14. God has given him much to be thankful for. He graduated from Downs High School in 1949 where he played on two undefeated football teams and once scored 30 points in basketball. He was also a good student and excelled in music.

Irvin graduated from Kansas State University in 1954 where he earned Bachelor of Science degrees in Business Administration and Social Science. He also earned a reserve commission in the US Air Force.

He was a teacher and coach at Simpson Elementary School and received his Masters Degree in School Administration in 1955 at Kansas State University.

Irvin served as a USAF Intelligence Officer 1955-57. He was a 1st Lieutenant when assigned to the 341st Bomb Wing at Dyess Air Force Base, Abilene, Texas. The service took him to Shepherd AFB in Texas, Alaska, Japan, Philippines and Hawaii.

Irvin was Superintendent of Schools at Woodston 1957-63, Downs, his hometown, 1963-66, Goddard 1966-72. He did an internship at Wichita Public Schools and received a Specialist degree in 1972 from Wichita State University.

During 71-72, Irvin completed coursework towards his doctorate and was an instructor on the University of Kansas staff. He taught the same course by correspondence for several years after leaving the campus.

Irvin loved and enjoyed his work in schools and his goals, receiving much satisfaction from the successes of students and staff. Continued efforts for school improvement in all areas of the schools were in place at all times.

Irvin was a member of Phi Delta Kappa and other professional and social organizations throughout the years. He has been a member of the Evangelical Covenant Church since moving to Lindsborg in the early 80s. His hobbies included organ and piano, photography and cars. Having always been “car crazy” he was able to have a hobby car business, Classy Auto, in Lindsborg for many years after retirement.

His death was preceded by that of his parents; infant daughter, Rebekah; sisters, Violet Wall and Margaret Anderson-Everson; and brother, Wayne Myers.

Cremation has been selected and services will be held at a later date.

Memorial gifts may be made to the Evangelical Covenant Church of Lindsborg.  Memorials may be sent in care of Christians Funeral Home, 103 N. Washington, Lindsborg, KS 67456.

Share Your Memory of
Irvin
Upload Your Memory View All Memories
Be the first to upload a memory!
Share A Memory
Plant a Tree