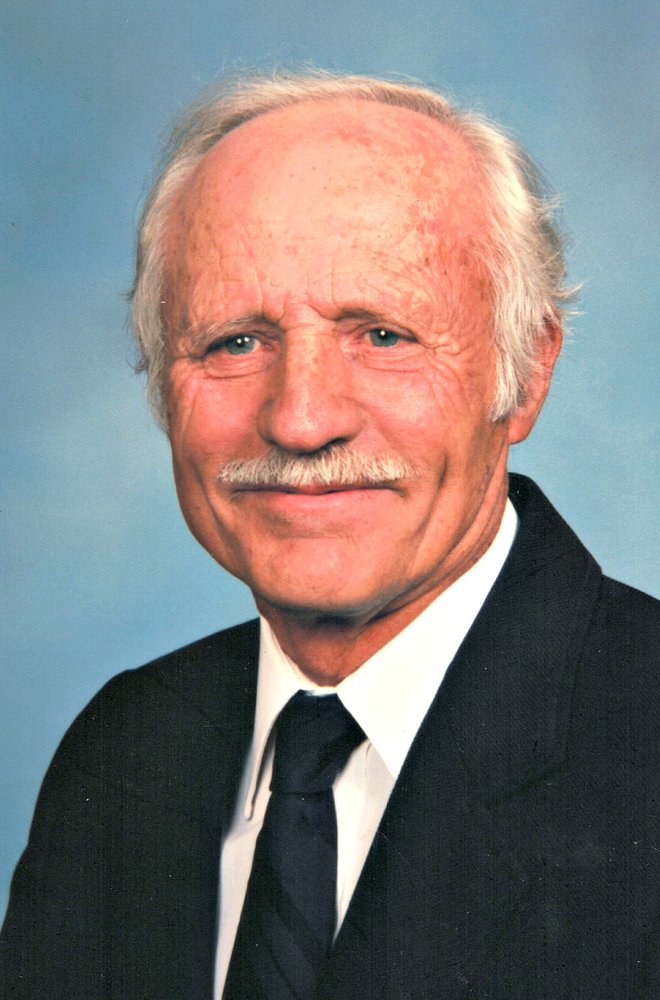 Julian “Jay” Estes Sundgren, 97, of Lindsborg passed away Monday, May 21, 2018 at Bethany Home.  He was born at Falun, Kansas on July 24, 1920 to Ebbie and Anna (Anderson) Sundgren.  Also arriving with him was a twin brother, Norman.  Jay was the grandson of Eric Sundgren, who came from Falun Sweden, and was one of the first settlers and a founding father of Falun, Kansas.  Jay attended Falun Grade School, and graduated from Falun High School before entering Kansas State University in 1939.  His college career was cut short by the outbreak of WW2, when he returned home to run the family farm and livestock operation since his older brothers were all serving in various branches of the armed forces.

In 1952 Jay and his brothers Norman and Gene, formed Sun Ranch Herefords, a partnership extension of their father Ebbie’s “E Sundgren and Sons” Hereford operation. From there, the brothers grew this ranching enterprise into the second largest registered Hereford operation in the state of Kansas.  Sundgren bulls and heifers were sold from Canada to Mexico.  In the late 1950’s, Jay learned the new technique of artificial insemination, and brought this technology to their Hereford breeding business, incorporating it many years before it became popular.  A tribute to the family ranching business can be read online at KansasRanchlandTrust.com under Brand Legacy heading.

One of Jay’s biggest memories was watching his older brother, Gene, play guard on the Kansas State University football team, winning the Big 6 title in 1938.  K-State football was a huge love of Jay’s, and he spent many years tailgating and attending K-State football games with his family and friends.  He especially enjoyed celebrating his 75th year of going to K-State football game, in 2009.  “Get the Quarterback” was his rallying cry!

Jay will be remembered for his woodworking toys, all of which were crafted from walnut trees planted on the homestead by him and his dad.  His years of being a hospice volunteer were also a testament to his kind and gentle nature.

Jay was preceded in death by his parents, Anna and Ebbie; siblings, Marguerite, Vincel “Pete”, Eugene, twin brother Norman, and Beatrice; as well as his wife Tudy.

Cremation has been chosen.  A celebration of Jay’s life will be at the Messiah Lutheran Church, Lindsborg, 11:00 a.m., Saturday, June 2, 2018.  Private family inurnment will be held at a later date.

Memorials may be made to Kindred Hospice of McPherson or to Messiah Lutheran Church.  Memorials may be sent in care of Christians Funeral Home, 103 N. Washington, Lindsborg, KS 67456.

Share Your Memory of
Julian
Upload Your Memory View All Memories
Be the first to upload a memory!
Share A Memory
Send Flowers
Plant a Tree