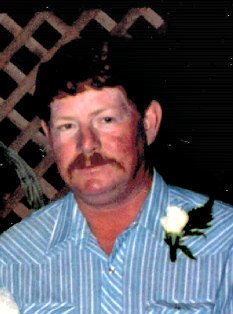 Our dad or Screwy Stuwie or ‘Ol Red or just Stu, as many of you knew him, passed away peacefully (we know, so unlike him), on Monday Aug. 27, 2018 at 5:12 p.m.. (quitting time) at his home surrounded by the ones he loved so dearly.  Yes mom, he loved you dearly, and thank you for always being there to take care of his ass!  Even though his health got the best of him, he wouldn’t have traded his life for nothing, except maybe a roulette chip or two!  He lived with a sense of humor and took a gamble on lots of things!

His luck would bring to him the most beautiful brunette he could find!  He and Janette (Nettie) Randall were united in marriage at the First Baptist Church in Lindsborg, on August 29, 1969.  He and her had a relationship like no other!  Who argues with your lady in a doctor’s office?  They did and they would tell each other to go fly a kite!  Maybe with more colorful words!  Through thick and thin, they remained strong to each other. Who else could put up with all Dad’s shenanigans?  No one, but a strong woman like mom.  We thank you! We know it wasn’t easy.

In their 48 years of love and war, they were blessed with two daughters, Stephaney (Calvin) Scott and Teresa (Marvin) Fisher, and 11years later a son, Jerome–as dad called him, Junior. Jerome  added that sparkle to Stu’s eye and to know the Crowther name would live on!  Jerome fits the bill to a “T” in his stature and toughness and talents.  Not to mention hand size!

Dad was busy working most of our growing up years.  He custom cut farms, but decided it was not his forte.  Even though he grew up on a farm in Roxbury.  He then went to work for Malm Construction.  His dedication to that company would be as long as 48 years.  Three quarters of his life.  He and Cork would go on to become dear friends as well as being his employer. How many of us can say that?  Now dad wasn’t a stellar employee in the beginning. He gave Cork and Deloris hell for a few years, but they stood by him to see the ‘Ol Stu would turn his life around.

Many that knew our dad during those years, knew he could drink a 30 pack of Coors in an evening of road tripping.  Sorry Calvin, you tried to keep up, but he was more experienced! At the time of his passing he was 30 years alcohol free, and we were one proud family! Smoking was the cool thing to do! Why not smoke a pack or two of Kools a day.  We were even more proud that he had quit smoking 3 years ago. Once dad made up his mind about changing something, he did it, and was done with it and didn’t look back.  He would often tease mom, “I think I will go buy a 12 pack of beer today!”  She did not think it was so funny!  He took pride in himself for kicking his habits.

Dad’s hobbies were golfing, fishing, taking family and friends out on his pontoon boat, Sudoku, crossword puzzles (“Steph, quit throwing the TV Guide away before I finish the crosswords”), and spending time with family and friends. He became such a good golfer that he got himself a hole in one at the McPherson Country Club.  His name was in the paper and it wasn’t for another DUI.  When we would go visit we hoped he wasn’t watching a golf game on TV because damn, who can be quiet for that long?

His biggest love was his 8 grandchildren and 6 great grandchildren, plus one on the way.  They could bring the soft side out of him.

Dad loved his family and getting together.  He always missed that family time after the grandkids grew up and started their own families.  The grandkids have many memories of the ornery side of their grandpa.

Mellissa and Jamie- cool whip trick- sorry it back fired on you most of the time.  Jamie falling for the new dog treat of the week- sorry you liked them so well.  Mike- knuckle burnout game – if only he would have told you the secret earlier, you could have saved your knuckles.  Miles- glad you know you are a boy! Stu would always challenge the grandkids to an arm wrestling match.  He would offer anyone willing to wash and clean his truck, with the payment of keeping any change you find in it.  We believe all were indebted to him for gas money for all of the golf cart rides. Grandpa was known for the songs he would sing to them when they were small, not ordinary rhymes! (Family Must Sing) I don’t want a pickle, I just want to ride my motorcycle. He was the wedgiemeister, and would sing the, “I see London, I see France” song to them!  The pranks go on and on.  This is the Crowther way!

Speaking of the Crowther way, how about the Crowther handshake? Dad’s hands and his dad’s hands were not petite.  They were rather large, a size 13 ring finger.  Large hard working hands!  Many of you probably experienced the squeeze!

During his years of wild shenanigans, Stu met some really great people.  Who knew that two of them would be recovering alcoholics themselves.  Thank you Craiger, Bob, LeRoy, and Van for the support and great times!  He dearly missed those days.

Dad’s dedication and perseverance remained with him until the end when he drew his last breath.  He told the hospice nurse, with that little voice he had, to take his truck to town to get his medicine, it’s full of gas!

He wouldn’t want us crying or being sad because he lived a good hard life, although it was only for 68 years.

Advice from dad to his grandchildren and great grandchildren would be to always live life like there is no tomorrow and to have no regrets!  And…if someone gets in your way, don’t throw them thru the front window of the Stuga, I already had to pay for that window once upon a time!

And…I have won the jackpot of a lifetime with the memories I carry with me on my ride to the Pearly Gates, on my dream Harley!  Soft place to land if I should wreck.  Sorry Nettie for the wired jaw on our wedding day-couldn’t slip you the tongue! (Inside Joke).  I love you all, until we meet again.  Love, Stu.

We would love to hear your stories of our dad to help fill in his “Dash”.  Dad would want you all to know who he is.  We are thankful for your presence here today to pay your respects to this, Red headed, kind hearted, fun loving, friend that would give you the shirt off his back, but you better look as good as him in it, kind of guy.

Share Your Memory of
Stewart
Upload Your Memory View All Memories
Be the first to upload a memory!
Share A Memory
Send Flowers
Plant a Tree