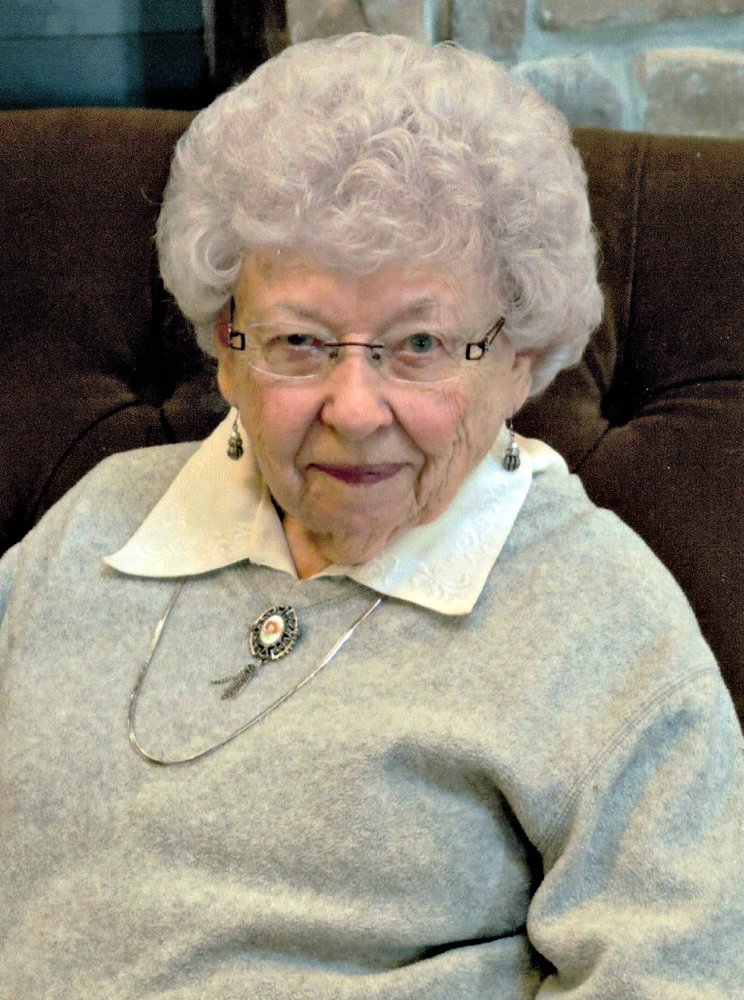 Lillie “Wedel” Krehbiel was born October 7, 1924 in McPherson County to Christian J.C. and Anna B (Stucky) Gehring.  Lillie was one of nine siblings.  She received her education at Pleasant Ridge Grade School, Moundridge High School, and she attended Bethel College.

Upon her confession of faith in the Lord as her Savior, Lillie was baptized on July 21, 1940, and became a lifetime member of Eden Mennonite Church.  On September 12, 1947, she was married to Wilbert “Willie” Wedel.  Together they served on various committees, taught Sunday School, and were youth leaders at church.  They lived on a poultry farm south of Moundridge, where they raised their daughters, Joyce and Suzanne.  Lillie was a homemaker, and worked part time in the poultry industry and with Willie at Excel Industries.  Later in life, Willie and Lillie joined a square dancing group, the Shoe Scuffers.  They celebrated their 40th anniversary with a square dancing party.  Willie and Lillie remained married for over 40 years until Willie’s death on April 16, 1988.

Lillie married Merlin “Jim” Krehbiel on October 15, 1995.  They were married for 5 years until Jim’s death on December 20, 2000.  In March 2002, Lillie moved into the Independent Living Cottages at the Bethany Home in Lindsborg, Kansas.  She became very involved in activities while living at the home.  Lillie was an active member of the chimes choir, the resident council, and she occasionally led the exercise group.  She also enjoyed playing cards and Bingo, attending Bible Study, and taking day trips around Lindsborg with the others residents.

Lillie was proud of all of her children and grandchildren.  She was concerned with their spiritual nurturing, and was supportive in all of their school and sports activities and achievements.  Lillie was always encouraging, especially highlighting good sportsmanship.

The family wishes to express their thanks and appreciation for all of the prayers, kindness and sympathy that has been received.  Your thoughts and prayers are of great comfort to us all.

The funeral will be held 10:30 am on Saturday, February 23 at Bethany Home Chapel, 321 S. Chestnut St., Lindsborg, KS with Chaplain Phillip Hett officiating.  Burial will be in Eden Mennonite Church Cemetery, Moundridge at 1:30 pm.

Memorials may be made to Kindred Hospice or to the Bethany Home Assisted Living.  Memorials may be sent in care of Crick-Christians Funeral Home, 103 N. Washington, Lindsborg, KS 67456.

Share Your Memory of
Lillie
Upload Your Memory View All Memories
Be the first to upload a memory!
Share A Memory
Send Flowers
Plant a Tree