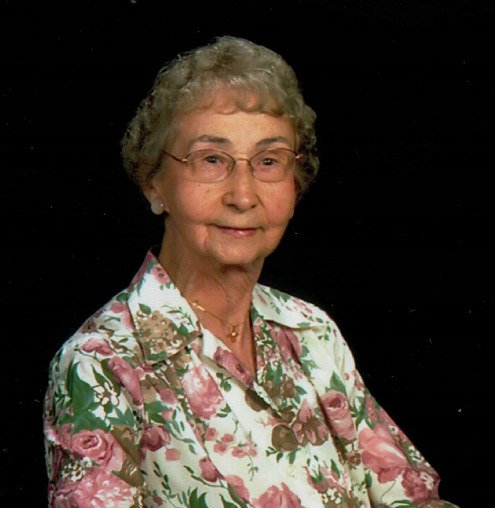 Madeline Clara Keenan, 99, of Lindsborg passed away, Friday, April 26, 2019 at Bethany Home, Lindsborg.  She was the eldest of two children born to Albert Thomas Peel and Clara Ebba Kinnigunda (Gunda) Anderson, on July 7, 1919 in McPherson, Kansas.  Her ancestors were from Denmark on her father’s side and from Sweden on her mother’s side.

Madeline grew up on the family farm southeast of Lindsborg.  She was a farm girl, helping her father with the chores, bringing home the sheep, milking the cows, and gathering the eggs.  Her father Albert, loved to fish and she enjoyed fishing with him.  Sometimes in the small creek on the farm she would go by herself and catch, dress, and fix them for supper.  Madeline had the horse, Jerry, to ride.  Often times, she would ride Jerry to Smoky Hill grad school, 2.5 miles northwest of the farm.  She graduated from Lindsborg Rural High School in 1939.  After high school Madeline went to Denver, CO and stayed at The Lutheran House, while working as a waitress and housekeeper in the Denver area.  After her second trip to Denver and the west coast, Madeline returned home and worked in McPherson at several jobs.  One at Dillon’s in the meat department and the pipe line company drawing oil field maps for them.  It was at this time that she started her career in teaching.

Madeline would spend weekends and summer school going to Bethany College.  She went on and graduated from McPherson College, on May 25, 1969 with a B.S. Degree.  Madeline taught children in the rural area for twenty six years.  Her first school was in Roxbury, Kansas at Greenwood Elementary. She also taught for six years at Sunny Hill School, south of Canton, as well as several other schools throughout McPherson County.  She enjoyed teaching the 1st, 2nd, and 3rd grades.  In 1976 Madeline became a member of the Alpha Delta Kappa International Honorary Sorority.  She was also a member of the Kansas Retired Teachers Association.

Madeline loved to travel.  On many of her trips she would take her son and grandchildren to the east and the west coast.  On one trip she flew by herself to Hawaii and saw the Don Ho Show.  Madeline was a friendly person and always ready to help others and family.  Madeline enjoyed going with her Red Hat friends out to eat and on day trips.

Madeline was baptized and confirmed in Bethany Lutheran Church by Pastor Alfred Bergin on December 15, 1919, where she remained a lifelong member.  She taught Sunday School from 1958 to 1965 and enjoyed many activities through her life in the church, such as the Esther Circle, WELCA, and the Sewing Circle.  The Sewing Circle made quilts to send overseas.  She helped fold the church bulletins and enjoyed having coffee with her friends.

Funeral services will be 10:00 a.m., Friday, May 3, 2019 at Bethany Lutheran Church, Lindsborg, with Pastor James A. Strasen, officiating.  Interment will follow the funeral at Elmwood Cemetery.

Share Your Memory of
Madeline
Upload Your Memory View All Memories
Be the first to upload a memory!
Share A Memory
Send Flowers
Plant a Tree