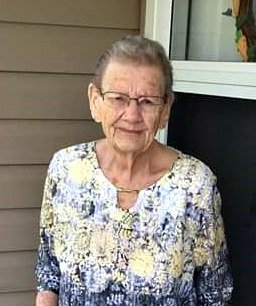 She is preceded in death by her parents, husbands, and grandson, William Robertson.

Cremation has been chosen.  Family will greet friends Wednesday, May 1 from 5-7PM at Crick-Christians Funeral Home, 103 N. Washington, Lindsborg..

A memorial service will be held 10:00 am on Thursday, May 2 at First Baptist Church, Lindsborg, with Pastor Jim Bridges officiating.  Inurnment will follow at Elmwood Cemetery.

Memorial contributions may be made to may be made to the First Baptist Church.  Memorials may be sent in care of Crick-Christians Funeral Home, 103 N. Washington, LIndsborg, KS 67456.

Share Your Memory of
RLou
Upload Your Memory View All Memories
Be the first to upload a memory!
Share A Memory
Send Flowers
Plant a Tree