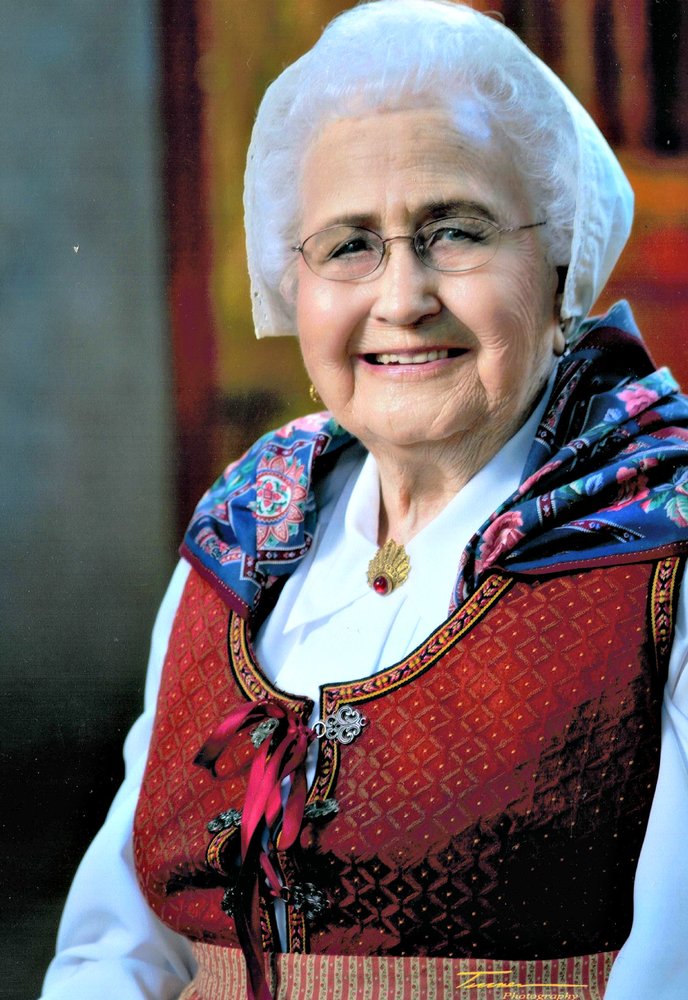 Obituary of Wilma I. Larson

Wilma, the third daughter of Eddie D. and Adelle (Swenson) Nelson, was born October 22, 1919 on the farm west of Lindsborg, where she made her home almost her entire life. She passed away May 8, 2019 at McPherson Memorial Hospital.

She attended a country school, Indian Creek, for her public education. She graduated from Lindsborg High School in 1938. After several years working a variety of different jobs and raising her family, she took a course as a nurse’s aide and also medication aide, which she fulfilled by working at Bethany Home for 20 years.

Reaching the age of 80 years old, she retired from nursing, but, not really ready to stop working, she accepted a job as a Nutrition Manager for Friendship Meals, which were served at the Senior Center in Lindsborg.  She worked there for seven years, leaving and returning in 2006.  Her love was for helping others.

Wilma was baptized and confirmed at Fremont Lutheran Church.

She enjoyed the outdoors, working in the garden and planting her flowers.  Love of her family and grandchildren, all her nieces and nephews, plus all of her friends was important to her. Wilma was also the 2015 Hyllningsfest Queen.

Her church was also important to her. She belonged to WELCA, Leader of Rebecca Circle for several years, and Althea Guild, helping wherever she could. She was a member of Bethany Church, where she was a Stephen Minister, and the Lindsborg Community Hospital Auxiliary.

Wilma married Hiram Larson on October 21, 1944.  To their union were born 3 children; Merle, Ann, and Willis.

She was preceded in death by her husband Hiram, her parents, daughter, Ann A. Murfitt, sisters, Violet Ahlstedt, and Doris Pearson, and an infant brother, Virgil.

Memorial contributions may be made to Bethany Lutheran Church or to the Lindsborg Senior Center.  Memorials may be sent in care of Crick-Christians Funeral Home, 103 N. Washington, Lindsborg, KS 67456.

Share Your Memory of
Wilma
Upload Your Memory View All Memories
Be the first to upload a memory!
Share A Memory
Send Flowers
Plant a Tree