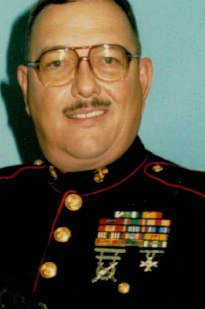 Don was a retired United States Marine and a Vietnam War Veteran.  He was an avid golfer.  Don also loved to walk.

He is survived by his twin brother: Ronald Ash (Jackie), and brother: Steve Ash (Nancy); and his sisters: Lori Baxter and Mary Henry; as well as 6 nieces and 2 nephews..

Don is preceded in death by his parents; nephew: Marc Henry; and nieces: Faith Allen and Heather Ash.

Visitation will be Tuesday, June 25 from 5-7PM at Crick-Christians Funeral Home.

In lieu of flowers, memorials may be made to the American Cancer Society or to Kindred Hospice.  Memorials may be sent in care of Crick-Christians Funeral Home.

Share Your Memory of
Donald
Upload Your Memory View All Memories
Be the first to upload a memory!
Share A Memory
Send Flowers
Plant a Tree