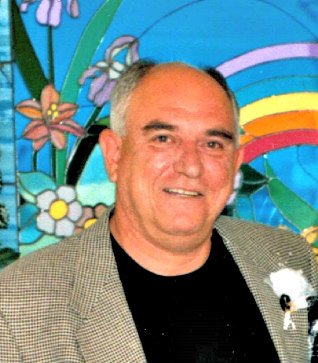 Clifford Earl Crick, 73, of Salina passed away Monday, September 2, 2019 at Salina Regional Health Center.  Cliff was born August 8, 1946 in Kansas City, MO. He is the son of the late Earl Clifford and the late Esther L. (Hook) Crick.

Cliff was a graduate of the University of Missouri Kansas City and Kansas Wesleyan University. He served in the United States Marine Corps and fought in the Vietnam War, and was awarded the Purple Heart. He married Jeanne Yenni on April 5, 1969 in Kansas City, MO. They were married for 24 years.

Cliff worked as a wheat farmer, a substitute teacher, security guard, and was retired from the U.S. Postal Service.

He was preceded in death by his parents, and step son, Ernest Turner.

A memorial service will be held 10:00 am on Friday, September 6 at Crick-Christians Funeral Home, 103 N. Washington, Lindsborg.  Inurnment will take place at a later date in Blue Springs, MO.

Memorial contributions may be made to the Disabled American Veterans or to the Salina Animal Shelter.  Memorials may be sent in care of Crick-Christians Funeral Home, 103 N. Washington, Lindsborg, KS 67456.

Share Your Memory of
Cliff
Upload Your Memory View All Memories
Be the first to upload a memory!
Share A Memory
Send Flowers
Plant a Tree