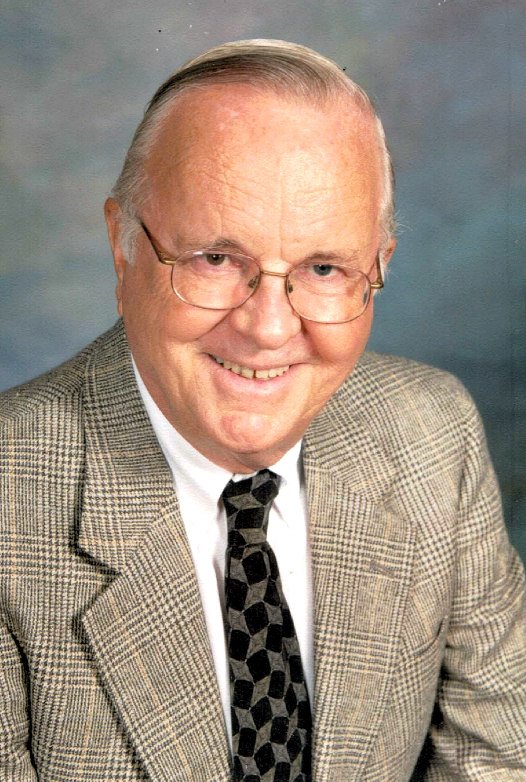 Don H. Elliott, husband, dad, grandpa and papa2, passed away Oct. 5 at Bethany Home in Lindsborg, KS. He was born January 11, 1932 in Wichita to Esther Harris and Frank Shields Elliott. His father died in 1934 and he moved with his mother and older brother to Dallas, TX. In 1939, Don and his brother Dick moved back to Wichita to live at the Kansas Masonic Home for the next 10 years.  He graduated from North High School and attended Wichita University where he was a member of the Men of Webster and honor music fraternities. At WSU he met Barbara Roberts and they married in 1952. Don went to work at KG&E-The Electric Company and retired in 1992, as Regional Manager, after 38 years.  He then served as Executive Director of Kansas One Call Center for the next 2 years.

Don believed in giving back to his community and volunteered countless hours to many organizations. He served on the boards of Cowtown, Botanica, Wichita Symphony, Wichita Crime Commission, Wichita Festivals and KSU Horticulture Research Center. He was a member of the Midian Shrine and Eastminster Presbyterian Church and served as Captain of the Wichita Wagonmasters and was Admiral Windwagon Smith XV for the Wichita River Festival.

He was an avid reader, gardener, sports fan (with many years of season tickets to WSU basketball) and traveler. He and Barbara traveled the world after he retired and made an annual trip to their beloved Puerto Vallarta, Mexico.

A memorial service will be held at 1:00 p.m., Monday, October 21 at Eastminster Presbyterian Church in Wichita.

Memorials may be made to Bethany Home, Kindred Hospice, and Botanica. Memorial contributions may be sent in care of Crick-Christians Funeral Home, 103 N. Washington, Lindsborg, KS 67456.

Share Your Memory of
Don
Upload Your Memory View All Memories
Be the first to upload a memory!
Share A Memory
Send Flowers
Plant a Tree