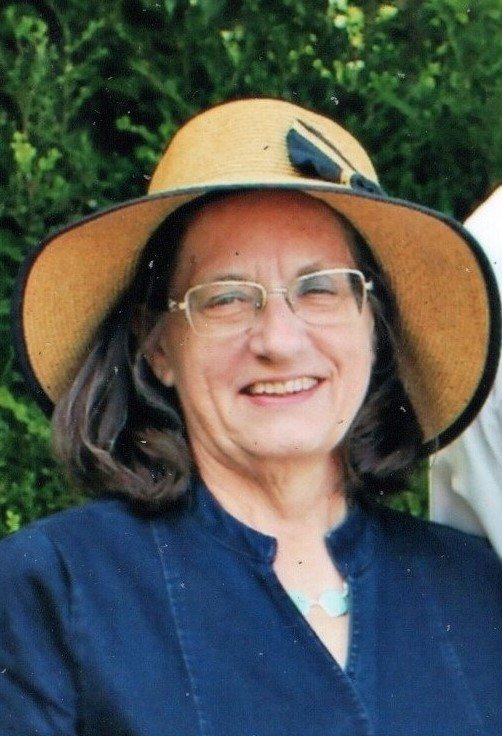 Diann Fern (Wiens) Cline, age 70, of rural Lindsborg passed away on Thursday, February 13, 2020 at her home. She was the eldest child of Harold and Mary Ann Fern (Bartel) Wiens, born February 11, 1950. Her early childhood was spent in a small home, near the county equipment, barns in Marion, KS. During the Marion county reservoir project, a home built by Diann’s great-great grandfather Funk was scheduled to be razed, but instead was moved to Marion and remodeled. It became the home of Diann, her 5 sisters, 1 brother, and parents. She attended Marion grade school and Marion high school, where she graduated in 1968. She continued her education by enrolling in Butler County Community College. After completing a 2 year course of study, she transferred to Emporia State University. During her education she spent time in Japan, with the IFYE exchange program. Diann graduated in 1973 with a BS in home economics and a minor in secondary education. She accepted a position as an extension agent in Medicine Lodge, Barber County, KS. Within a year, she relocated to the Saline County extension department working with foods and nutrition. On August the 10th 1974 she married Marvin C. Cline. The ceremony took place at Eastmoore Methodist Church in Marion, KS. Her uncle Lawrence Hart officiated. Her only child Mathew Allen Cline was born February 16, 1980. Over the years Diann worked in daycare food and nutrition programs, Lindsborg Community Hospital, and Saline County Health. Twenty years ago, Diann came home to the family business. She helped managed the existing rental properties, and helped in the construction of new houses. Diann enjoyed helping on the farm doing various tasks. A favorite job was tilling the ground with the four-wheel drive tractor. She worked tirelessly in her flower and vegetable garden. Mowing the yard and the farmstead was her mission. Whether it was maintenance on rentals, painting, tractor driving, or bringing lunch at harvest, Diann was there to help. She loved to have lunch with the crew at a local restaurant, where it was certain there would be good conversation and laughter. Diann was part of the crew and will be missed by all that worked with her over the last 20 years. Her greatest treasure was her family. She helped to plan family gatherings and holiday events. She never forgot to send an anniversary or birthday card. She loved to give gifts. She made many memories that are treasured in the hearts of those of us who knew her. Diann was preceded in death by her parents Harold and Marry Ann Wiens and her grandparents Ben and Elma Bartel and Jacob and Elizabeth Wiens. She is survived by her husband Marvin, of the home; son: Matthew, daughter-in-law Erin, and grandson Hayden of rural Lindsborg; brother: Gerald Wiens (Jan) of Marion Kansas; sisters: Denise Hett (Stan) of Wichita Kansas, Joni Crofoot (Jim) of Marion, Kansas, Loreen Hett (Jerry) of Marion Kansas, Janice Hodson (Don) of Marion Kansas, and Loraine McGahee (Kevin) of Shawnee Kansas. A Celebration of Life will be held at a later date.

Diann's celebration of life has been postponed and will be announced at a later date.

Share Your Memory of
Diann
Upload Your Memory View All Memories
Be the first to upload a memory!
Share A Memory
Plant a Tree