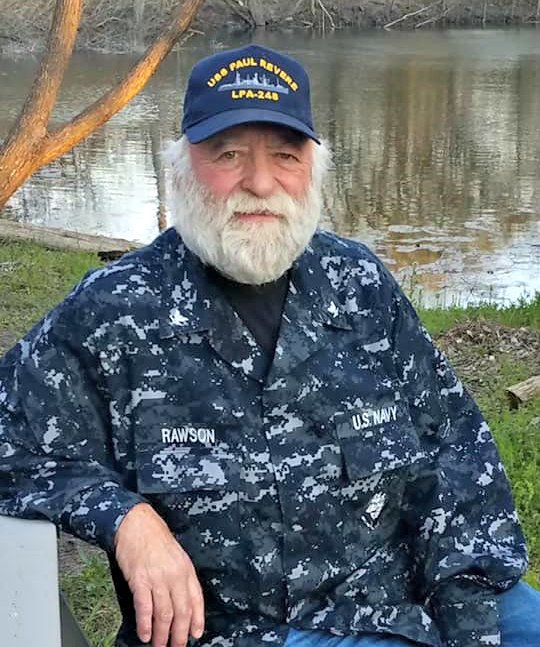 Troy Leon Rawson, 71, died unexpectedly but peacefully in his sleep, Thursday, September 10, 2020. He was born April 21, 1949 in Walter Reed General Hospital, Washington D.C. He was preceded in death by his parents, Troy Rawson and Billie Joyce (Lynch) Rawson and his beloved sister Joyce Elaine Wise. Leon is survived by his wife of 30yrs, Terre (McRae) Rawson, his son Troy (Genevieve) Rawson Jr. of Novato, CA; and his daughter Bobi Lee (Jason)Dearinger of Severn, MD. Surviving siblings include 5 brothers and 2 sisters: David (Debra) Rawson of Petaluma, CA; Thomas Ray (Roberta) Rawson of Whitehall, MT; Philip (Missy) Rawson of Anderson, CA; Larry (Hui) Rawson of Rohnert Park, CA; Debbie (David) Adams of Petaluma, CA; Cathy (Joel) Casazza of Petaluma, CA; and, Stephen (Barbara) Rawson of Kaufman, TX. Surviving mothers of Leon’s precious son and daughter are Janis (Showalter) Menicucci of Santa Rosa, CA (Troy’s mom); and Linda Vaughn of Cotati, CA (Bobi’s mom). Surviving Grandchildren are Ryan, Kai & Alana Maria of Novato, CA and Connor Uth of AZ. Surviving also are many nieces and nephews, too many to name. As a man who was so into his family, he cherished the contact and was often found texting and face-booking at all hours with them. Special mention is made of Leon’s nephew, Kenny (Tracy) Wise of TX, who arrived to assist with preparations. Leon was a 1967 graduate of Petaluma High School, Petaluma, CA. He was a Vietnam Veteran, serving in the U.S. Navy, aboard the USS Paul Revere as a Machinist Mate 3rd Class. After serving his country, he returned to work as a machinist for KVAL Machinery. This was a career that began at age 16, when he was hired to sweep up the scrap shavings. It was interrupted with his naval service and then ended years later at age 67 after serving multiple positions for the company as Journeyman, Plant Manager, and ultimately traveling machinist. He was often referred to as “Leon the Legend” and on the date of his departure for Kansas, the KVAL family threw a party and noted that “Leon the Legend” had left the building. He retired on 6/30/2017 from this company, who had become an extension of his own family over many years. One will never find someone more patriotic than Leon Rawson. He loves this country and the many freedoms that it provides. He has always been an avid outdoorsman, family man, provider and just a person that makes you feel better about the person that you are. “SAILOR, REST YOUR OARS, WE HAVE THE WATCH.” SEMPER FORTIS Graveside services will be held 11:00 a.m., Saturday, September 19, 2020 at Elmwood Cemetery, Lindborg, with Pastor Dallas Peterson, officiating. Military honors will follow.
Saturday
19
September

Share Your Memory of
Leon
Upload Your Memory View All Memories
Be the first to upload a memory!
Share A Memory
Send Flowers
Plant a Tree