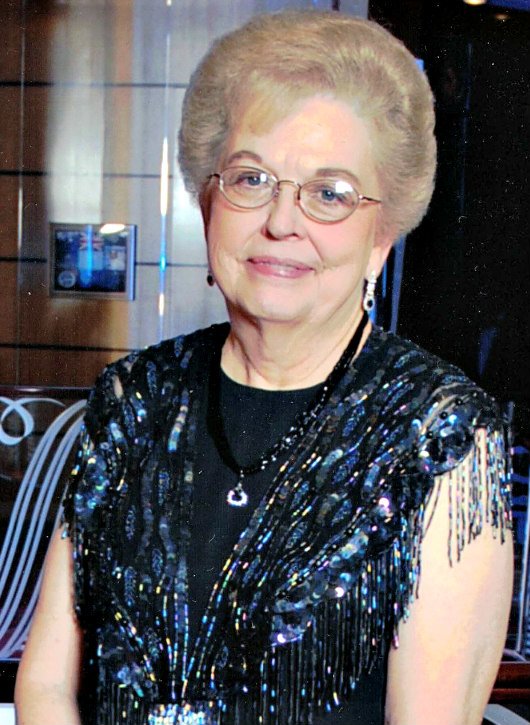 Anita White Lysell passed away November 25, 2020. Anita was born on October 18, 1940 to Anna Nelson White and Earnest Ralph “Bob” White in McPherson, KS. She graduated from McPherson High School in 1958 and from McPherson College in 1962. She was an elementary school teacher in Salina for one year. On June 30, 1963 she married John Lysell. We were blessed with the birth of Lori on November 17, 1964. Anita taught in Wichita while attending night school at WSU and earned her Master’s degree in 1967. She worked as a substitute teacher during the years that Lori was growing up. She ended her teaching career in the Goddard school system teaching children to read. Grandson Blake was born in 1990 and Anita enjoyed a lot of time with him during his younger years. She taught him to read and frequently helped him with homework assignments. Anita and John loved to travel and toured in over forty-five countries. They visited Denmark-Norway-Sweden five times and saw the areas that their grandparents left to come to America. Their longest trip was in 2010 and included Germany, South Africa, and Zambia over seven weeks. Their last long trip included tours in northern Italy, Turkey, Ukraine, and Greece. Anita had been an active member of St. Paul’s United Methodist Church and Aldersgate United Methodist Church. She especially enjoyed helping in the children’s ministry. She had been very active in the Scandinavian Society, Knife and Fork club, Friends of the Wichita Art Museum, AFS, and Shephard’s Center. She had also been a member of several other organizations……….Wesley Friends, Studebaker Drivers Club, Avanti Club, etc. She was a wonderful wife, mother, grandmother and elementary school teacher. She will be greatly missed by her husband John, daughter Lori Teeter and son-in-law Darrin Teeter, her grandson Blake Teeter, cousin Billy Berg, and several other cousins and many friends. There will be visitation on Saturday, December 5, at Crick-Christians Funeral Home at 103 North Washington Street in Lindsborg, KS. 10:00 am – 12:00 pm. A graveside memorial service will begin at 1:00 pm at Elmwood Cemetery east of Lindsborg. Memorials may be given to Aldersgate United Methodist Church in Wichita, KS, or to the Kansas Food Bank.
Saturday
5
December

Share Your Memory of
Anita
Upload Your Memory View All Memories
Be the first to upload a memory!
Share A Memory
Send Flowers
Plant a Tree