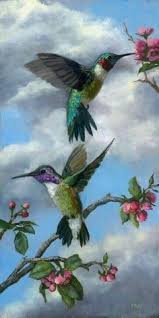 Matilda J. “Tillie” Jacobs Tjaden, age 98 of Lindsborg, KS passed away January 21, 2021. She was born February 24, 1922 in rural Rush County Kansas. Tillie had a heart for being a homemaker, creating a happy, loving and caring home for her family. She was the fifth child of seven born to Joseph and Catherine “Katie” Jacobs. She was 13 when her younger brother, Larry, was born. Tillie doted on Larry and often fixed him pancakes when he asked for them. Tillie grew up on a farm, attended a one-room school in rural Gove County and graduated from Quinter High School in 1940. She was very pleased that on most days, she could ride her pony, Tommy, to grade school. When WWII started, Tillie found employment at Boeing in Wichita. She wasn’t Rosie the Riveter, but was very proud of her role as a timekeeper and inspector. Tillie enjoyed big band music and local dances in the Wichita area where she met Maurice Tjaden. They married August 17, 1946 when he returned to the U.S. from WWII service in the Pacific. Tillie took on her homemaker role in Manhattan in a 14-foot trailer while Maurice finished his engineering degree at Kansas State University. From 1950 to 1958 they settled in Clearwater, where Maurice was raised. They had two sons, Earl and Rex, who became the focus for Tillie. She added to her homemaking skills – sewing, bridge games with neighbors and family, along with Cub Scout duties as a den mother. Moving to Lindsborg allowed her to continue to raise her sons and the family life expanded to coffee with neighbors, scouting and volunteer work with United Way and Red Cross Blood Drives. She was a member of Salemsborg Lutheran Church and participated in women’s Bible study. Tillie always had coffee on and cookies to share. “Mama Tillie” chocolate chip cookies were enjoyed at lots of scout meetings, at Lindsborg High School activities and games and at KSU rowing meets. She baked thousands of cookies, including even wearing out an oven on her stove! While Earl and Rex completed high school and entered college, Tillie traveled to wherever Maurice’s jobs took him. She would then set about establishing a home in each place – Saudi Arabia, Canada, Missouri, Illinois and New Mexico. She marveled that she began her life with simple days growing up as a country girl in western Kansas to eventually traveling all over the world. Those travels even allowed her a complete trip around the world. As much as Tillie loved her sons and their spouses and was very proud of all of them, she found her best calling when she added two granddaughters to her family. She adored them and always made time for their activities and friends. More “Grandma Tillie” cookies found their way to Smoky Valley High School activities and games. Her legacy as a welcoming mother and grandmother continues with her two sons, two granddaughters and one great-granddaughter. Tillie was preceded in death by her parents; her husband, Maurice in 1992; her brothers, Sam, Bill and Gilbert; and her sisters, Irene Slater and Mary Lang. She is survived by her two sons, Earl (Shirley) of Desoto, Kansas and Rex (Ramona) of Smolan, Kansas; two granddaughters, Sarah Tjaden (Nolan McDonald), of Wichita, Kansas and Britta (Josh) Dauer of Falun, Kansas; a great-granddaughter, Reagan Dauer; one brother, Larry Jacobs of Hays, Kansas and numerous nieces and nephews. Family Graveside services will be held in Clearwater, KS. In lieu of flowers, memorials may be made in her name to the Lindsborg Senior Center, Bethany Village or the Salemsborg Lutheran Church Cemetery. Memorials may be sent in care of Crick-Christians Funeral Home, 103 North Washington, Lindsborg, Kansas 67456.

Share Your Memory of
Tillie
Upload Your Memory View All Memories
Be the first to upload a memory!
Share A Memory
Plant a Tree