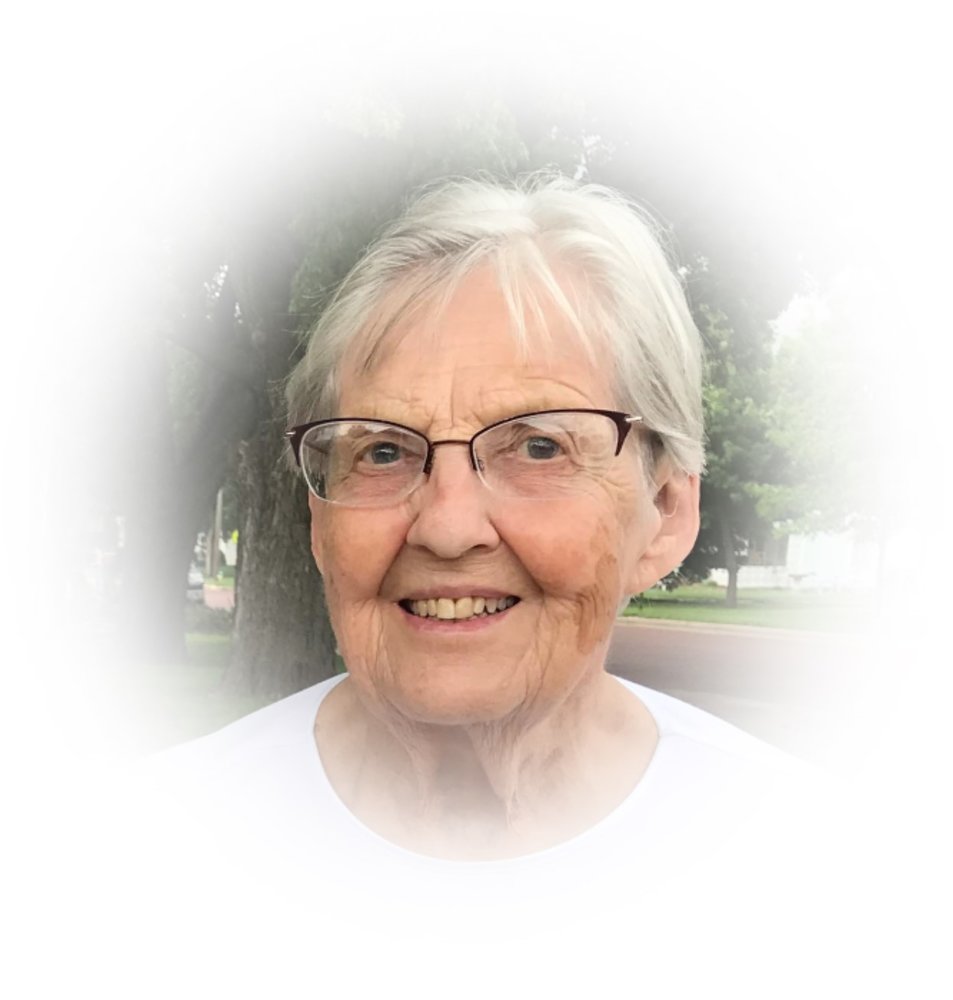 Verlla Coughenour, age 91 and a longtime resident of Manhattan, died Saturday, August 7, 2021 at Bethany Home in Lindsborg, Ks. Verlla was born on February 11, 1930 in Beaver, Oklahoma to Melvin and Pearl (Wiltfong) Hummer. She and her younger brother, Lloyd Hummer, were raised on a farm in Oklahoma, just north of Booker, Texas. She attended a two room school house in Huntoon, Texas, upper grade school in Booker, Texas and graduated from Perryton High School in 1948. A product of the great depression and the dust bowl, one of her earliest memories was of Black Sunday at the age of 5. As she aged with dementia, her memories of those dustbowl days remained strong. She grew up on the farm with a strong work ethic, a close-knit group of special cousins and a faith steeped in the Church of the Brethren values. She attended McPherson College for two years where she met Dean Coughenour. They were married on August 24th 1951 in Waka, Texas. They immediately settled in Oberlin, Kansas where Dean took a teaching job at the local high school. They began a family with Tim born in 1953, Susan in 1956, and Evan in 1961. In 1958 they moved to Manhattan where they owned and operated AgPress, a printing and publishing company. Verlla developed many special friendships over her 60 years in Manhattan. She was a member of the First Presbyterian church and of PEO Chapter DE for most of those 60 years. She played in several bridge clubs, enjoyed reading and was fastidious in keeping up the home and yard. In the mid70’s Dean and Verlla started playing tennis regularly and the sport kept them young and active for the next 30 years. Verlla’s love for travel started with annual family vacations in the early 60’s. After the kids were out of the house, Dean and Verlla extended their travels abroad. Over the course of her life, she visited 49 of the 50 states and all 7 continents. Verlla was a steady force. She was kind, practical, even tempered and orderly with a capital O. She is survived by her three children, Tim Coughenour of Lawrence, Susan Coughenour Lundstrom (Greg) of Lindsborg and Evan Coughenour (Diane) of Manhattan; two grandchildren Eric Lundstrom (Erin) and Bebe Coughenour Juen (John); six great grandchildren Carter, Beckett, Harper, Isis, Tala and Kai; nine nieces and nephews and several cousins. She was preceded in death by her husband Dean Coughenour, parents Melvin and Pearl Hummer, brother Lloyd Hummer and infant sister Genevieve. Memorial Services will be held Saturday, August 14, at 2:00pm at the First Presbyterian Church in Manhattan. A private family internment will precede the service. Memorials may be given to the First Presbyterian Church, Manhattan, Ks or to Bethany Village, Lindsborg, Ks.
Saturday
14
August

Share Your Memory of
Verlla
Upload Your Memory View All Memories
Be the first to upload a memory!
Share A Memory
Send Flowers
Plant a Tree